According to reports, the U.S. Senate is likely to vote within weeks on the deceptively titled “Respect for Marriage Act.”

This radical bill already passed the U.S. House in July, with the help of 47 Republicans. Now, however, it needs to pass the Senate, where its fate is more uncertain. However, I am concerned that certain Republican Senators are quietly planning on supporting it, which could ensure its passage.

For this reason, it is crucial that Americans reading this column immediately contact their senators, letting them know that they expect them to vote against this destructive bill.

Far from “respecting” marriage, this bill will repeal the 1996 Defense of Marriage Act (DOMA) and enshrine in law the re-definition of marriage. The law would thus mandate that the federal government and states recognize any marriage contracted by “two individuals” – including members of the same sex – so long as it was legal in the state where they got “married.” 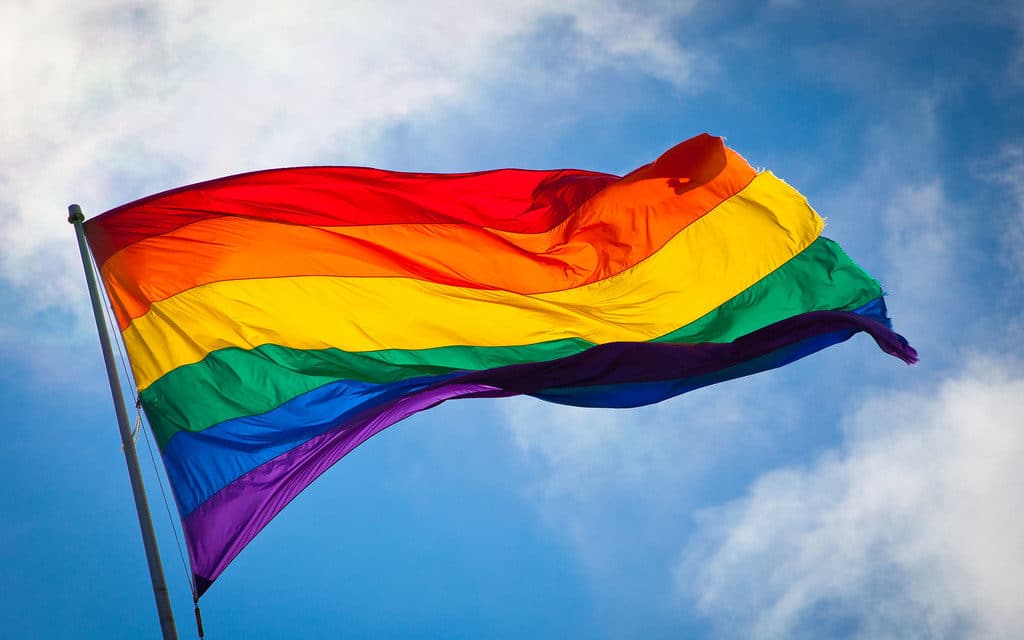 Same-sex “marriage” has, of course, been legal in the U.S. ever since the U.S. Supreme Court unilaterally imposed it on the nation in Obergefell v. Hodges. Now, however, LGBT activists are hoping to solidify its position in U.S. law, legalizing the redefinition of marriage outside the reach of the U.S. Supreme Court.

The decision to introduce this bill was in large part motivated by the Supreme Court’s decision to overturn Roe v. Wade, in Dobbs v. Jackson Women’s Health Organization.

The judges who overturned Roe made the utterly reasonable argument that the Constitution has nothing at all to say about abortion, and that the issue should be decided by the people or their elected representatives. LGBT activists were quick to note – quite rightly – that the same logic would also apply to Obergefell. In that case, a handful of judges decided that they knew better than the millions of Americans who had voted in referenda to keep marriage between one man and one women and invented a new “right” that the framers of the Constitution would have thought absurd.

In his concurring opinion to Dobbs v. Jackson Women’s Health Organization, Justice Clarence Thomas specifically singled out Obergefell as one of several cases based upon due process considerations that the Court should “reconsider.” In response to which, LGBT activists immediately kicked off the campaign to pass the “Respect for Marriage Act.”

In July, Archbishop Salvatore Cordileone of San Francisco wrote a pair of letters to both the U.S. House and Senate, urging legislators to vote against the legislation.

In his letter to the Senate, Archbishop Cordileone, who is the Chairman of the Committee on Laity, Marriage, Family Life and Youth at the United States Conference of Catholic bishops (USCCB), noted that those people who experience same-sex attraction “should be treated with the same respect and compassion as anyone.” However, he noted, it is not “discrimination” to hold fast to the principle “that an inherent aspect of the definition of marriage itself is the complementarity between the two sexes.”

“Marriage as a lifelong, exclusive union of one man and one woman, and open to new life, is not just a religious ideal – it is, on the whole, what is best for society in a concrete sense, especially for children,” the archbishop noted.

Archbishop Cordileone also took aim at the common talking point that recognizing same-sex “marriage” is simply a matter of choosing to “live and let live.” In reality, he notes, the legalization of same-sex “marriage” has always been closely followed by attacks on the rights of those who oppose the redefinition of marriage.

[G]overnments continue to use marriage redefinition laws to threaten the conscience and religious freedom of individuals such as wedding vendors, and entities such as foster care and other social service providers, who seek to serve their communities without being punished for their longstanding and well-founded beliefs. This bill would lend weight to those efforts and further marginalize millions of “reasonable and sincere people.”

In reality, said the archbishop, the so-called “Respect for Marriage Act,” “would do the opposite of what its name implies, codifying a demand for states and the federal government to honor whatever may be deemed ‘marriage’ by any other state.”

The archbishop also noted that the bill, by mandating that states recognize marriages that are legal in other states, would also open the door to the further re-definition of marriage to encompass polygamous or so-called “polyamorous” relationships.

“By making federal recognition of such relationships automatic upon their recognition by any state, the bill would create a massive incentive for radical activists to concentrate their efforts in a single state – further lending plausibility to this potentially disastrous scenario,” he noted, concluding, “for all of these reasons, I must urge you to vote ‘no’ on this measure.”

Unsurprisingly, many wealthy and powerful organizations, companies, and activists are throwing their full weight behind the new bill, exerting immense pressure on Republican Senators to get in line.

One huge organization, the Human Rights Campaign (HRC), announced a few days ago that they have obtained the support of 226 different corporations in support of the bill. This includes giants like Amazon, Apple, Airbnb, Bank of America, Google, Nike, General Motors, PepsiCo, and countless others.

All told, these companies do trillions of dollars in business every year. And the message to legislators is clear: go against our wishes, and we will do everything in our power to punish you.

Such, unfortunately, is the state of business in America, where large corporations do not hesitate to use their vast economic clout to shape American law and culture to the hyper-progressive agendas endorsed by their “woke” executives and HR departments.

Naturally, many of the rank-and-file employees in these companies do not support this woke agenda. But the uber-wealthy executives are uninterested in consulting the people who keep their economic engine functioning. Instead, they use their businesses as cudgels to change America in ways that the grassroots of the country does not support.

Meanwhile, HRC is also using its money and organizational apparatus to mobilize the progressive grassroots to contact senators, claiming to have put in over 10,000 phone calls, and to have sent tens of thousands of e-mails. It is up to us to ensure that HRC’s efforts are drowned out by the voices of common sense Americans who understand what is at stake in the battle over marriage.

Unfortunately, we already live in a nation where same-sex “marriage” is legal, thanks to the Supreme Court. However, the “Respect for Marriage Act” would further entrench this novel institution in U.S. law, making it harder for America ever to return to sanity. The passage of this bill would also send a signal that U.S. law has no tolerance for the rights of states and their people to protect the true definition of marriage.

At the moment, Democrat Senators say they are not sure whether enough Republicans will cross the aisle on this issue to ensure the passage of this bill. We must make sure that our GOP Senators know that their constituents expect them to do the right thing.

Marriage simply is the union of one man and one woman. Within this relationship we find the sexual complementarity that permits the begetting of children without resorting to macabre and debasing (but alas, increasingly common) technologies that commodify human life. And within this relationship, the right of children to know and be raised by both their mother and father is respected.

As the Congregation for the Doctrine of the Faith wrote in their 2003 document on the issue of same-sex “marriage”:

Homosexual unions are totally lacking in the biological and anthropological elements of marriage and family which would be the basis, on the level of reason, for granting them legal recognition. Such unions are not able to contribute in a proper way to the procreation and survival of the human race. The possibility of using recently discovered methods of artificial reproduction, beyond involving a grave lack of respect for human dignity, does nothing to alter this inadequacy. (Considerations Regarding Proposals, no. 7)

As Catholics we have a moral responsibility to resist the spirit of the age, and to do whatever is in our power to protect marriage against the sexual revolutionaries. Indeed, the CDF unambiguously laid out the responsibility of Catholics faced with the issue of same-sex “marriage” the 1986 document, “Considerations Regarding Proposals to Give Legal Recognition to Unions Between Homosexual Persons.” There they wrote:

In those situations where homosexual unions have been legally recognized or have been given the legal status and rights belonging to marriage, clear and emphatic opposition is a duty. One must refrain from any kind of formal cooperation in the enactment or application of such gravely unjust laws and, as far as possible, from material cooperation on the level of their application. In this area, everyone can exercise the right to conscientious objection.

So please, contact your Senator today, and tell them to vote “no” on the so-called “Respect Marriage Act.”